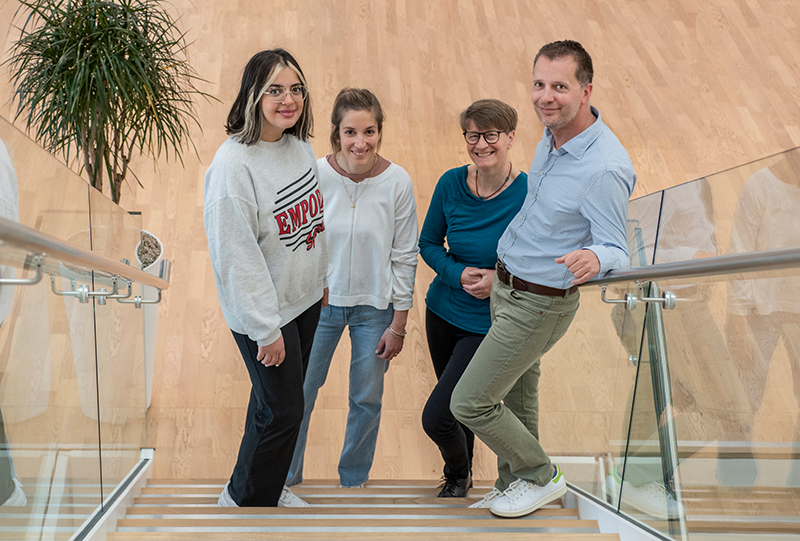 Craniofacial development represents one of the most intricate developmental processes of our body. It involves numerous morphogenetic movements encompassing each of the three germ layers and several spatiotemporally-regulated signaling pathways. This complexity makes the morphogenesis of the craniofacial structures highly susceptible to dysregulations.

Cleft lip/palate (CLP) is a common anomaly affecting the upper lip and/or the palate. The complexity and frequency of this craniofacial malformation together with the intensive and multidisciplinary treatment approach, starting from birth until adulthood, make CLP a major psychological, social, and economic burden for affected individuals, their parents, and society as a whole.

Additionally, while the surgical techniques to correct clefts have been optimized, clefting is still associated with increased infant mortality, significant morbidity and with multiple complications, such as the formation of excessive scar tissue, which can lead to the impaired mid-face growth after palate repair.

We take a patient-oriented and collaborative research approach to anticipate a better understanding of the genetic and molecular mechanisms involved in the pathogenesis of CLP, with the goal to help future CLP-affected children.

The lack of clinically relevant human study tools to better understand the genes and their functions involved in the pathogenesis of CLP prompted us to establish a cell bank of CLP patient-derived fibroblasts and keratinocytes. During standard surgical closure of the lip at the age of 3-5 months, the marginal portion of the upper lip covering the cleft is in excess and needs to be removed. With the approval of the Kantonale Ethikkommission of Bern, Switzerland (protocol number: 2017-03194), we started to collect such discarded cleft lip tissues to isolate primary cells.

We developed a very robust and reproducible explant culture assay for the isolation of tissue-derived cells. We take every effort possible to reduce any inter-experimental variations during primary cell isolation: tissues are processed within less than 1 h after biopsy, explant cultures are performed by two lab members only, and our internal protocol is strictly followed. Prior to freezing, all primary cells are tested for mycoplasma contamination by a PCR-based mycoplasma detection assay (Praetorius, 2015) and by DAPI staining of cultures that had been grown in the absence of any antibiotics for at least 5 days.

At the moment our cell bank consists of about 50 CLP patient-derived cells, in addition to a collection of healthy control cells, mainly from the orofacial region, but also from other anatomical parts.

With our cell bank we aim to

This project is in collaboration with the Pediatric Surgery Department (Dr. med. I. Schnyder), University Hospital Bern, Bern, Switzerland http://www.kinderkliniken.insel.ch/de/kinderkliniken/kikli-chirurgie/kikli-spezsprechstd21/kikli-info-lkg1/

Van der Woude syndrome (VWS, OMIM #119300) is the most common cleft syndrome accounting for 2% of all cleft cases with a prevalance of 1/35'000 to 1/100'000 newborns. Many VWS individuals (30-79%) present with very characteristic depression (pits) near the center of the lower lip in combination with CLP or cleft palate only. The condition is caused by gene mutations and is inherited in an autosomal dominant way.

Initially, the VWS locus was mapped to human chromosome 1q32-q41 and the gene encoding for the transcription factor Interferon Regulatory Factor 6 (IRF6) was found to be mutated in around 72% of VWS cases (Kondo et al., 2002). Later, dominant-negative mutations within the transcription factor grainyhead like transcription factor 3 (GRHL3), a direct target gene of IRF6, have been identified in VWS-affected families not having pathogenic mutations in IRF6 (Peyrard-Janvid et al., 2014). More recently, a third VWS-associated gene has been discovered: a rare missense mutation within NME1, encoding for an IRF6-interacting proteins, was found to cause VWS in individuals not having IRF6 and GRHL3 mutations (Parada-Sanchez et al., 2017).

Most literature is available on the function of IRF6 in VWS: Keratinocytes isolated from skin biopsies from the hip region of VWS individuals (harboring IRF6 mutations) exhibit an increased proliferation rate (Hixon et al., 2016) and VWS patients experience more wound healing complications following repair of their clefts (Jones et al., 2010) compared to non-syndromic CLP keratinocytes and patients, respectively. Up to now, more than 200 mutations within IRF6 have been found associated with either VWS, popliteal pterygium syndrome (PPS, OMIM #119500), which can mimic the allelic disorder VWS in mild cases, or with non-syndromic CLP. However, the underlying mechanistic link between gene mutation and phenotype remains elusive for most of them.

Using a combination of genetics, molecular and cellular biology we aim to establish genotype-phenotype correlations in VWS-patients, which should help to understand gene function in health and disease.

Although a number of genes have been linked to cleft lip/palate (CLP), which is one of the most common congenital craniofacial malformations, the genetic cause is only known for a minority of the cases. A fraction of CLP patients undergoing surgical repair of the cleft suffers from excessive scar formation, which later can interfere with maxillary growth. The impaired wound healing procedure may be attributed to the differential gene expression of those patients who are prone to develop excessive scarring.

In CLP patients, alveolar cleft, or the discontinuity of the maxillary arch, is one of the most common clinical manifestations. In these cases, grafting is an essential procedure in order to reestablish the integrity of the alveolar bone allowing proper tooth eruption.

During the closure of the cleft lip, which is performed at the age of 3-5 months, lip tissue fragments have to be excised by the surgeon in order to achieve proper lip reconstruction. These discarded fragments might represent an optimal source of cells with regenerative potential. As an alternative to bone grafts, we aim to use these autogenous cells as a new source for the regeneration of new bone and other tissues in CLP patients.

Our translational approach offers the possibility to develop a personalized therapeutic strategy for CLP patients with the potential to lower their burden of care by reducing the number of required invasive surgeries.